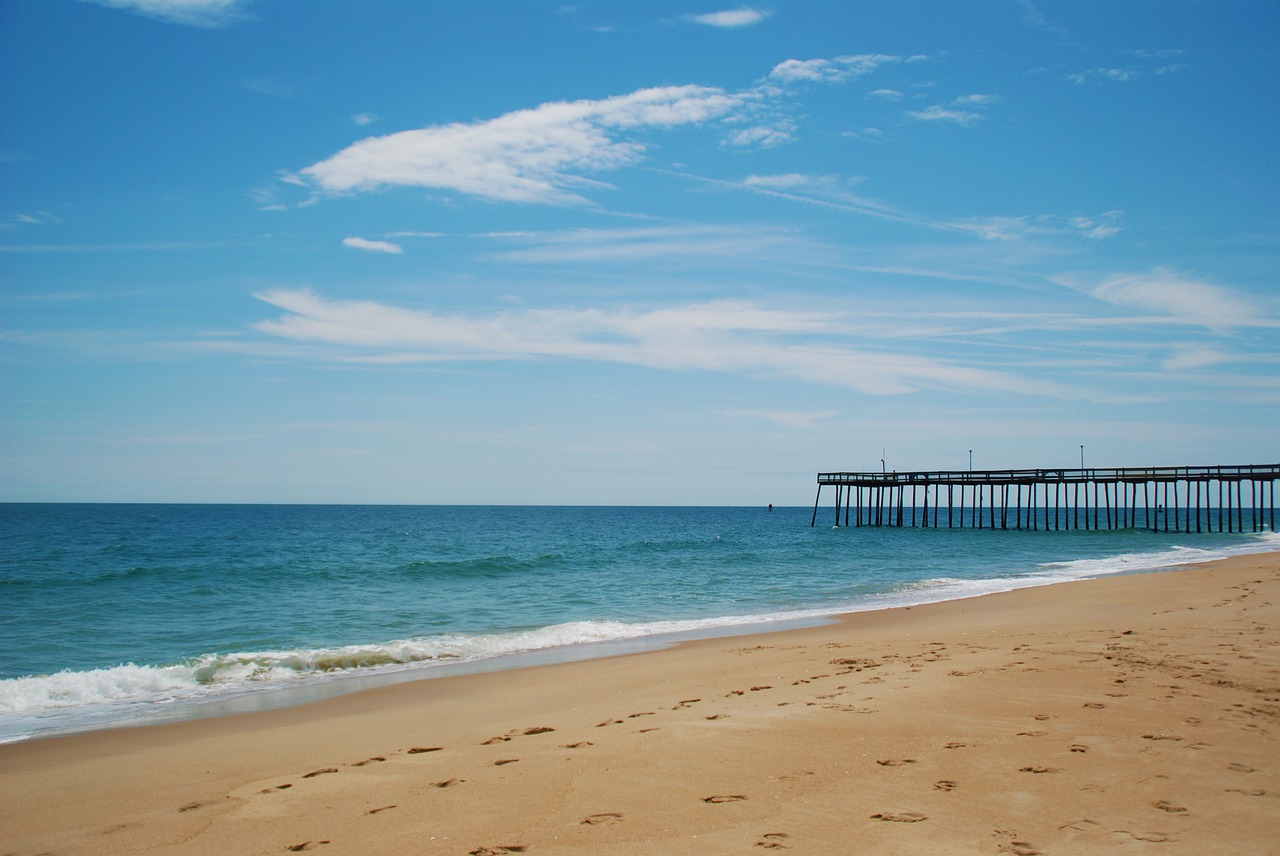 I can’t remember when the thought of going to the beach didn’t fill me with joy and anticipation. During his youth my father took a ferry across the Chesapeake Bay. So when the Bay Bridge was built in the early 50’s he was ever ready to head out to the shore in our 1952 Dodge, a black rubber truck inner-tube in the trunk.

In my earliest beach memories I’m holding my dad’s hand, venturing into tsunami sized shore break, terrified and thrilled at the same time… Dad would lift me over the roaring surf. Every now and then we’d both go under and swirl together until inevitably we were tossed up to shore…There would be sand in my suit and in my mouth. My face would sting from the salt water…. I would be in tears, yet clamoring for another go.

In the 50’s our family stayed at the Addy Sea in Bethany Beach or at the B&B on Olive and First Streets in Rehoboth. In those days all the guests would eat together at a big table. In Rehoboth there was a piano in the parlor and after dinner the families would rock on the porch, the kids on the tree swing while my mother’s notes wafted through the window.

As I got older we transitioned to Ocean City Md. Every year we stayed at the old Commander Hotel on 15th Street for a couple of weeks. In my opinion I had become an accomplished swimmer from weeks and years of summer camp. I ridiculously had no fear of the sea. It wasn’t unusual for the guards to whistle me in with my blue and yellow rented rubber raft….my parents nervously wringing their hands on the shore. This was my cue to take off with friends.

By Junior High School I was allowed to bring my best friends, Sara and Shelley. We would depart after dinner and by 9 or 10:00 be under the boardwalk with kids we’d meet up with or from school. One year, in 8th grade I think, Eric, a boy in my class showed up with his guitar and we all lay on blankets while he played. I was smitten. Soon Eric and I wandered off the beaten track and the rest, as they say, is history.

Once I got serious about Ballet, swimming and suntans were off limits. I, never- the-less, broke the rules at least once a year…
When I became a gallery painter I would rent a studio in Fenwick Island every summer and did much of my most successful work there. My husband, Jerry, would join me on the weekends and bring his guitar. These were some of our best times. I’d stay through the fall to finish my work.

When Ross, our son, was born we bought a condo in Bethany Beach. Ross and I lived there four months out of each year until he started school in earnest. We made friends with local families and our older daughter, Hannah, and Jerry would join us on the weekends.

I recall a key moment….Hannah was 16 and desperately wanted to learn to drive the stick-shift jeep. I had done all I could to explain the gas, clutch and friction point. Ross and I were both facing whiplash if we continued to be in the car while she practiced. Ross was 3ish and wanted to go in the water by himself.

We drove to the bay side park just south of Dewey Beach one warm late September afternoon. It was deserted. I put a floatation vest on Ross and tossed Hannah the keys to the Renegade. I sat on a cement parking wedge next to the water while Hannah chugged back and forth across the lot and Ross ventured into the bay all alone. The water was shallow, calm and warm. He was tickled to giggles. Hannah had one eye on me to say “See? I’m getting it.”

It was a cosmic convergence. Gulls, giggles and grinding gears. I had the sense of being exactly where I was supposed to be, doing precisely what I needed to be doing, in a perfect place, in exquisite harmony with the universe. I was the conduit for the launching of these two extraordinary young people and had achieved a level of purpose I had never anticipated. It was pure happiness.

It was short lived, of course. And thus it’s been. I have basked on many lovely beaches in Maryland, New Jersey, New York, Florida, Maine, Cape Cod, Rhode Island, California, the Caribbean, the Hawaiian Islands, along the Mediterranean Sea, the Black Sea, the Baltic. I still wish to explore the beaches in Australia and South Asia. And yet, I’m ultimately happiest at the Delaware Shore. I’m here all year long; swimming, painting, writing, reading, watching movies, exploring, and of course, from time to time, wondering off the beaten track.